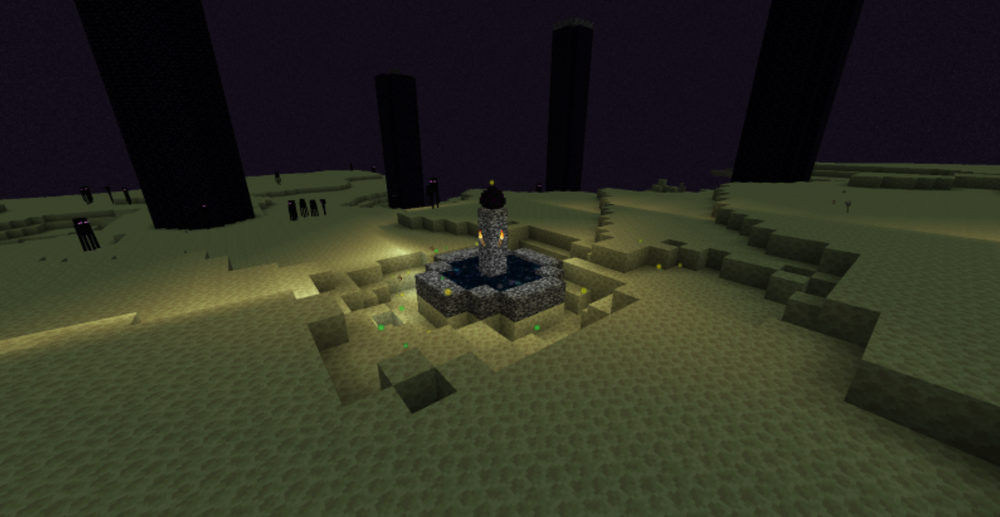 Today, we discuss the upcoming release our new event crate,  The End, our Summer Update, Bug fixes and more!

This update will be releasing on Friday 22nd July, we can't wait for you all to see it!

With summer arriving, we'll all be spending more time at the beach! Our Aquatic-Themed Summer Crate has arrived, featuring everything you'll need for the beach, including some new friends!

Additionally, we'll be activating a 15% sale for the first 48 hours the crate is active, allowing us all to celebrate the arrival of the sun.

Based on player-feedback, we'll be switching back to optifine textures, so you'll no longer have the leather-looking armour!

Special Highlights included in the Key:

It's coming! The End will be releasing Saturday 30th July, allowing you guys time to plan for your new adventure (along with getting your portals ready!). As always, we've had to make some changes to the default experience, allowing it to be compatible with Craftadia. As such, Elytras will no longer naturally spawn, but instead will be replaced with Dragon Breath. Shulkers will only spawn on the Weekends, and will be slightly rarer than normal.

We'll be introducing a permanent End World, along with the requested Resource World too, that will reset alongside the current set of Resource Worlds.

We've introduced our Summer Merchant - it will allow you to partake in the summer fun, and get your town ready for the hot weather that's on the way! We've introduced a range of items, such as a BBQ, Surfboard, Summer Umbrella, and more!

Based entirely on community feedback, we've decided to tweak the current Town system in place. As such, we can say that we'll be introducing multiple new aspects into Craftadia.

You will now be able to open your town on Craftadia. By doing so, you'll allow anyone on the server to join without an invite (provided the town has adequate space). By default, this will be disabled.

To compliment Public Towns, we've enabled Town Requirements. Before a player can join a town, they will need to meet set requirements. At the moment, this is based on Money (joining fee), and will grown in the future, based on updates and community feedback. By default, your town will not have any requirements.

To navigate the new systems in place, we've introduced the Town Directory. You will be able to see all the current towns, along with key information about each town. Once you've found the town you like, you'll be able to get a rundown all from one centralised location.

All of us here at Craftadia, whether staff or player, are shocked at the passing of Alex (Technoblade). We decided that the best thing we could do, is include him in our next update,  and we thought that there was no better way to do this, than theming our new spawn stage after him. You will be able to use the stage creatively, and showcase your talent too.

With this update, we've introduced a wide range of bug fixes, many of which have plagued Craftadia for many seasons. Below is a non-exhaustive list, but should give you an idea of what we've conquered: