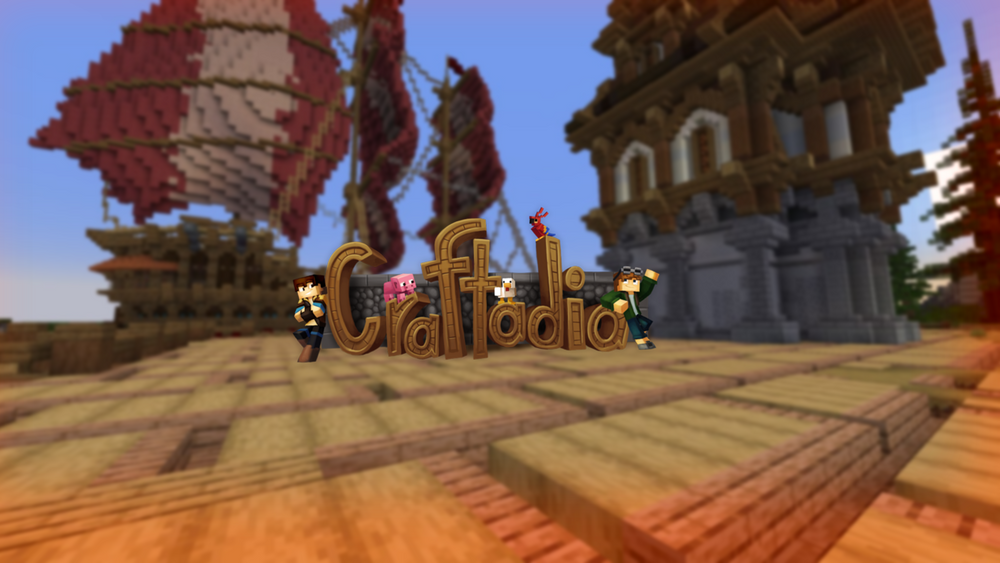 This is the last blog post covering upcoming content prior to the launch of Season Three. In this post, we're talking about some miscellaneous systems that we're adding/upgrading with Season Three.

These blog posts prior to Season Three will serve as a brief overview of new systems, but should not be taken as a comprehensive guide for what it to come at launch or mid-season. Craftadia's guides will be updated at launch with full details on new content!

Please note that all of the content discussed in this blog post and future showcase blog-posts are subject to change prior to launch.

While many of you will be interested in reading as many specifics as possible regarding these new systems, the following is a list of miscellaneous upgrades you can look forward to if you don't have the time to read the entire post:

Let's jump right into some sneak peaks at what we're doing with respect to each section mentioned above!

Please submit questions for the Q&A at the following link, and view a countdown to the Q&A here.

Based on player feedback, we're adjusting our stance on the tax system being introduced with Season 3.

We're keeping the tax system, but will not enforce tax evasion. If players want to go through the meticulous effort of laundering money through alternate accounts, they are now more than welcome to do so.

We're working on enhancing the cosmetic experience by creating new types of cosmetics and enhancing existing ones.

What this system entails is the creation of various tiers of cosmetics, with plans in the future to integrate in-game upgrades that players can unlock for a variety of items. This is an extremely bare-bones system as it stands which only categorizes items, but in the future, could be used to implement a system where, for example, a pet can be upgraded from a regular pet to an animated pet by completing certain in-game objectives.

We're consolidating all of our item-giving systems to a central menu, in order to make accessing particular rewards far easier. You can expect a central menu where you can claim:

To elaborate on the three new rewards systems:

Birthday Rewards
We're working on a way to reward players yearly based on their first join date.

Players will type /rewards to access this centralized menu, and any new reward systems we implement throughout the season will also make their way into this menu.

We're making several changes to our Skills system with this next season.

In the Fishing category, we're replacing Essence of the Sea with Water of Youth. Water of Youth will turn a mob back into a baby version of itself permanently. Using growth serum on a mob in this state will undo the Water of Youth's permanent baby status.

In the Forestry category, we're replacing the Entropic Nature Shard with the Swiftness Shard. The Swiftness Shard will give players Speed 2 for 20 seconds once consumed. There will be a cooldown between uses.

The Lucky Bait skill in the Fishing Category is being buffed:

The maximum level of Lucky Bait (Level 150) will have a 155 second duration and 130 second cooldown.

All remaining and new 1.16 and 1.17 blocks will be supported by the Skills system with Season 3.

We're really excited to enhance the dungeon experience by making adjustments to the loot-tables and completely revamping the bosses.

First, we're making several tweaks to the loot-tables in order to make them fairer to those that contribute more towards defeating dungeons. This has obviously been a constantly evolving process as we work to find the sweet-spot with respect to rewards and contribution.

Second, we're replacing the existing bosses with more fitting representations of themselves, complete with special skills, animations, and sounds. We're going to share these bosses over the next week on our social media platforms, but for now, here's a sneak peak at how they look:

We're working on addressing a wide variety of issues prior to Season 3's launch, including:

Season 3's Spawn is easily the largest Spawn we've ever had, and hopes to integrate the best parts of Season 1 & 2 whilst also adding tons of new Season 3 shine.

We're going to be dropping more looks at Spawn later this week, but here are some (very small) sneak peaks:

Please submit questions for our Q&A, which is mentioned at the top of this blog post. Please let us know your feedback, and keep in mind that everything discussed in this blog-post is subject to change prior to launch.

We're going to start posting sneak peaks of Season 3 across an increasing variety of social media platforms, starting with our Twitter and TikTok. Please give these accounts a follow for Season 3 news, giveaways, and more!