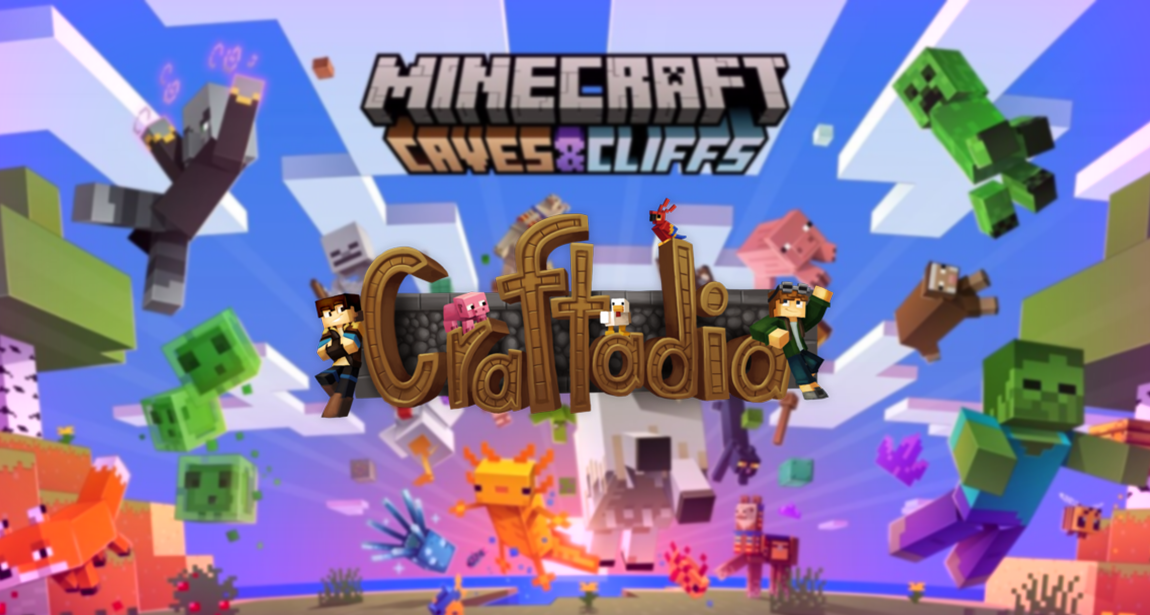 It's been exactly two years since Craftadia opened its doors publicly. First and foremost, happy anniversary! To old and new players alike, this post is another monumental announcement in Craftadia's history.

We've learned our lessons from the Season One → Season Two transition, and are subsequently doing everything in our power to make this an equitable process for everyone based on the feedback provided from the last season transition.

Please read this entire blog before asking questions, as it should offer explanations for almost every question you may have regarding what a Season Three for Craftadia means.

We've spent a considerable amount of time over the past few months improving the quality of life on Craftadia, creating systems necessary for our transition to Season Three.

Content such as the Head Merchant, Custom Decorative Blocks, Moonstones, Jetpacks, and more will serve a far greater purpose on our next season.

We've got so much going into this next season, and as we continue to work on it, we'll be sharing frequent blog posts discussing new content you'll get to experience. We won't spoil everything, though.

Our general philosophy when it comes to new seasons is to evaluate Minecraft's official updates, and decide based on the content of the update whether a new season or simple server upgrade would be sufficient. For example, with the Nether Update, we simply upgraded to 1.16 and reset the Nether.

The original plan with Season Three was to wait until the full 1.17 update came out, due to the vast amount of world generation changes present in the update. With Mojang's recent announcement of splitting the update into two separate updates, we found ourselves in a conundrum. Waiting for 1.18 would take far too long, which contains the world generation changes we were waiting for in order to create a new season.

Season Two will ultimately be up for 1.5 years, while Season One existed for roughly 6 months. Both time periods are on opposite extremes, and so, this is our current roadmap:

Mojang has publicly announced that 1.18 (Caves & Cliffs Part 2) will release in the 2021 Holiday Season. Craftadia uses modified Minecraft software to run, so upgrading to 1.18 internally will take a couple months. This means that if 1.18 comes out in December, it will take at least 1-2 months on top of that to fully prepare an internal upgrade, given the vast amount of changes 1.18 will bring with it to world generation and server optimization.

We are estimating that it will be around 8-9 months into Season Three that 1.18 is released and we are internally ready to upgrade. As we mentioned earlier, we want to find a healthy balance in season release times after Season One & Season Two. It's extremely early to be talking about this, but because it's already been discussed internally, it's only right to fill the community in on this (somewhat long) roadmap.

TL:DR: Once 1.18 releases, and we take an couple months to prepare new content and upgrades, we will release Craftadia Season Four on 1.18. Season Three will last anywhere from 9-12 months, which we feel is a healthy balance between the 6-18 months that Season One and Season Two had. This is all subject to change, but is the current plan given Mojang's recent decision to split 1.17 up into two updates. It's extremely early to be discussing a Season Four when Season Three hasn't even released yet, but we feel it's only right to share our roadmap ahead of time in the spirit of transparency.

We've completely revamped the Reset Vault process based on the feedback we received from last season.

First and foremost, you will have four weeks to place items in the Reset Vault and prepare for Season Three.

Next, and the biggest change by far, players will receive 240 slots in their Reset Vault. We decided on 240 slots by giving one slot for every piece of main armor and tools featured in our Seasonal Event crates since Season Two started.

You can take the following items with you in the Reset Vault:

You cannot take the following items with you in the Reset Vault:

The Reset Vault will work differently due to the large amount of items being carried over. Once Season Three starts, you will be able to pick a specific amount of items every week to receive from your vault. More information on this will come in a blog post closer to release.

There is only one vault allowed per player. If you have multiple members in your household that you can provide proof of, please contact a member of the Administration team prior to using multiple vaults.

If you use multiple vaults to take extra items, you will have all of your vaults cleared, and face a ban of up to four months.

Obviously, there's going to be a ton of new content throughout Season Three through frequent content updates and events. With that being said, there will also be a ton of new content available at release and shortly after release. We will have frequent blog posts going out prior to the release of Season Three discussing various systems more in-depth, but on the surface, you can look forward to:

We know that's a lot to take in. We have so much to share on each individual system that we'll be breaking these features into separate blog posts. We've still got around a month until Season Three, meaning we'll be answering questions, listening to feedback, and hosting a Q&A in the near future.

Stay tuned on Discord for the latest information on everything!

What will I keep and lose, going into Season Three?
You will keep the following:

You will lose the following:

Will there be Piglin rank winners for the month of July?
No, because the store is closing down a week into June, there will be no Piglin rank holders in July.

We hope you share our excitement for Season Three and everything it will bring with it. Craftadia is a constantly evolving server, and we can't wait to deliver content in a brand new season with so many new features and systems.

We've seen tremendous growth over the course of Season 2, and can't wait to propel that into Season 3. Here's to many more years of Craftadia!

We're going to start posting sneak peaks of Season 3 across an increasing variety of social media platforms, starting with our Twitter and TikTok. Please give these accounts a follow for Season 3 news, giveaways, and more!