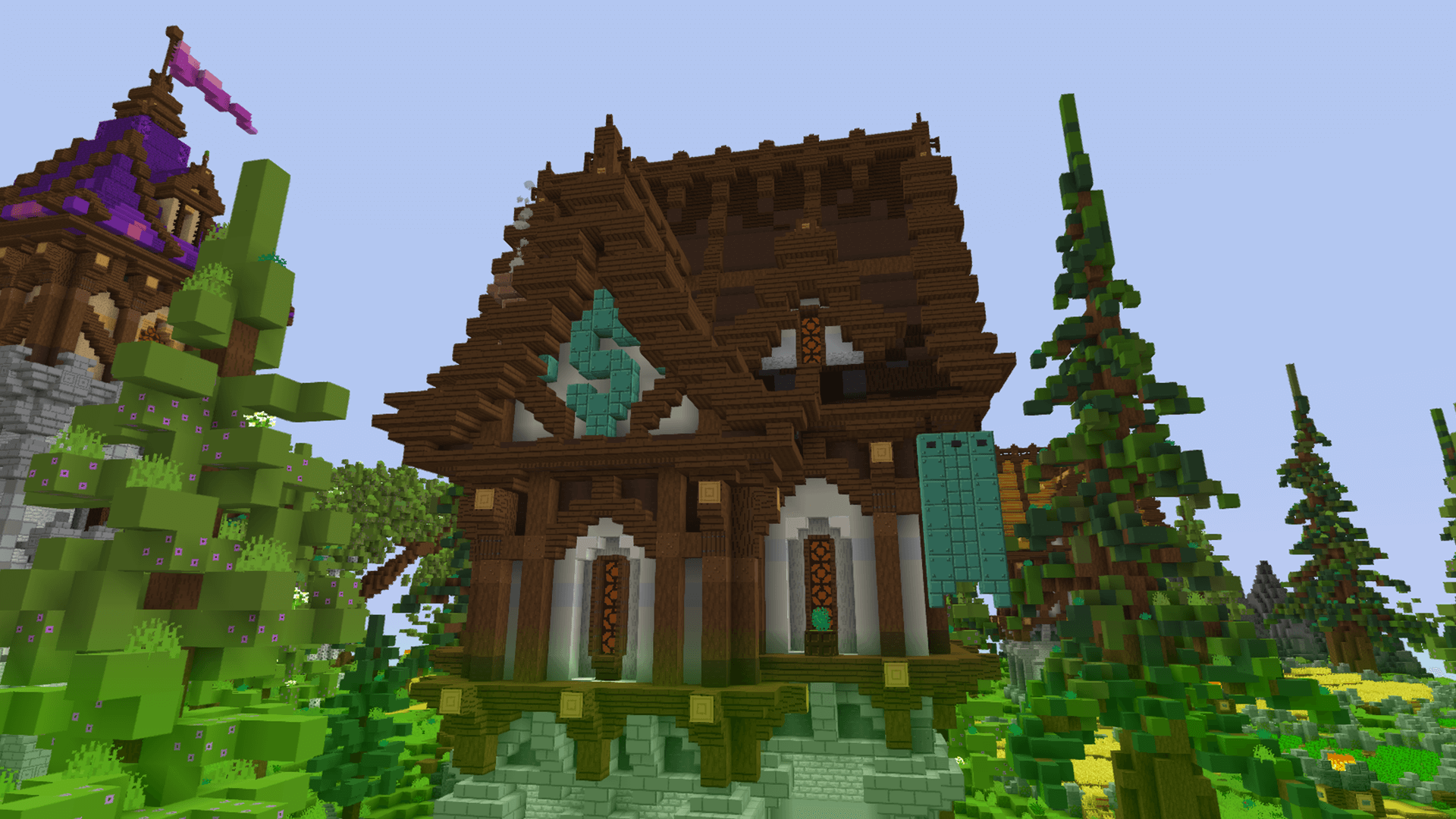 There's quite a lot to go over today, so I'll just jump right into it. Buckle up, this update's a big one.

Spending $25.00+ in a single purchase will give you an item that you can right click to obtain the Pirate Flag Hat in /hats.

Additionally, Bonus Keys have made a return to Craftadia:

As a reminder, the Pirate Crate leaves the store at the end of this month.

Under the umbrella of "Land Management", we've added a ton of new features to our claiming and warps systems.

Claim Options
Much like the expanded permissions system we introduced earlier in the Season with Towns, we've added tons of flexibility to the claiming system.

Left-clicking on a claim within the /claims menu will now allow you to customize 12 different settings:

Additionally, you can now also rename your claims within this menu to better organize yourself.

These new features create a lot of customizability when it comes to each of your claims, so we've removed the concept of "Public Claims". If you'd like to re-create a public claim, simply turn all claim settings to "Everyone".

Note: Due to the large amount of backend changes required for this updated system, all land members will have to be re-invited, and all claims will revert to "Private Claims" until modified.

Unclaim Improvements
We've made it far easier to unclaim chunks that you no longer wish to use:

If you're interested in making your warp discoverable, you'll first need to tag it. Head to the /warps menu, shift-left-click on a warp, and assign a tag that fits its purpose.

Once a warp is tagged, it will be discoverable via the new Warp Directory. Admins reserve the right to remove tags on warps if they are deemed misleading or inappropriate.

If you have ideas for new categories of warp tags, please create a post on the Feedback Site.

Warp Directory
Once your warp is tagged, it will appear under the new Warp Directory menu (/warp or /warpdirectory).

You can filter what kind of warps you wish to see by clicking on the book at the bottom of the menu.

Warps, in each category of the Warp Directory, are ordered based on most visits within a 24 hour period. One player can only count towards one visit of a warp every 24 hours.

Warp Advertising
In addition to publicly listing your warps by assigning tags, you can bid on sponsored warp slots in order to push your warps to everyone.

There are five sponsored warp slots in the Warp Directory, which are the same across every category. Every 7 days, players will be able to silently bid on sponsored warp slots, using gemstones stored in their personal bank account (discussed below).

Bidding will be open for 24 hours, at which point the top bidders will be assigned the warp slots. Bidding is silent, which means that you will not know what other people are bidding until the 24 hour period is over.

Sponsored Warp Slots will last until the next week's bidding session is over.

Based entirely on the Feedback Post requesting a bank for Craftadia, we've built a brand new system that allows players to be more flexible with their money. This is a very early introduction to the banking system, so more comprehensive features will be added down the road and in future seasons.

For the time being, all players will have one personal bank account opened by default, and can chose to open or join one joint account.

Withdrawing and depositing from the bank will NOT incur any tax deductions.

Bank Building
A new building has appeared at Spawn, featuring the Banker NPC, who you can use to access the new banking system.

Alternatively, you can use the /bank command.

Personal Accounts
Your personal account can be used to store your currency virtually, and earn interest on that currency.

In order to bid on sponsored warp slots within the warp directory, you will need to keep a virtual gemstone balance.

Periodically, we will create interest-offers (accessible through the personal account menu) which you can start in order to earn extra currency over time.

Interest-offers will be available for all three types of currency, and limited-time offers will be created using the Voting Wheel from time to time.

Joint Accounts
A joint account can be shared by up to five other players, who will, once part of the account, all share a virtual balance of currency, gemstones, and moonstones.

The primary use case of joint accounts as of this update is to keep and track funds earned by business partners in one place.

Please note that Craftadia Management will not refund loss of currency from joint accounts in the event of loss/betrayal. Do not use joint accounts unless you absolutely trust the players part of the account.

Pressing your off-hand key (typically [F]) will now open a central gameplay menu that directs you to various aspects of the server quickly:

Players that contributed towards our first tax-milestone will now have access to the reward, the Cash Carousel particle effect.

Our next tax milestone will be announced in our next announcement!

Olympic Games will be scheduled over the next 24 hours.

As a reminder, unranked games will run on the weekdays to practice for the ranked games running on weekends. Ranked events on the weekends will give you points that you can use in the Olympic Shop to redeem rare rewards.

Whew, that was a lot to go over. Now that we've released a bunch of large-scale updates to Craftadia, we're going to shift our focus to Quality of Life related changes.

We've got a lot of exciting stuff we're working on in relation to this that will make your playing experience a whole lot better – stay tuned!