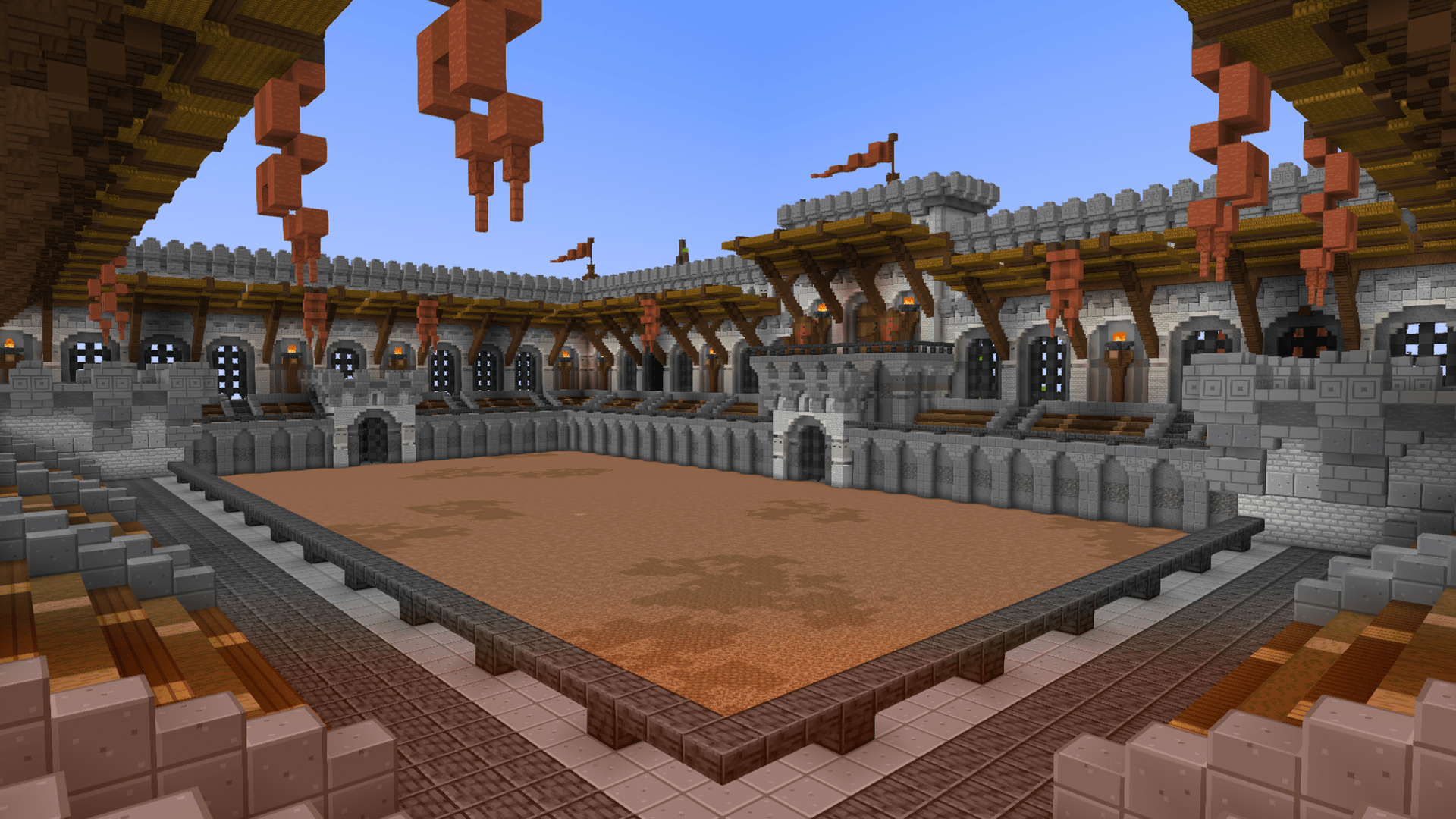 We promised a couple large-scale updates coming over the next few weeks in our last blog post. We're happy to announce the introduction of two of those updates today.

The Olympics are coming to Craftadia!

Compete in a series of mini-games against other players to earn points and claim exciting rewards.

This system has been designed with flexibility in mind, meaning that new mini-games will regularly be added, including the possibility of seasonal content integration.

Note: We're hosting our first Olympics test game on Tuesday, August 24th. We'll notify players in-game and potentially on Discord when the test game is about to start. Regular Olympic games will be scheduled once we're confident in the system (which will be reflected in our #change-log channel on Discord).

What are the Olympics?
Craftadia's new Olympics update is a brand new event system featuring 10 mini-games at launch.

What mini-games are available at launch?
Each Olympic game will feature a random selection from 10 mini-games:

We're going to be adding new mini-games at a tremendous pace, so please suggest other mini-games you'd like to see added over on our Feedback Site.

How long will each Olympic game take?
We're designing the system with a 15-20 minute runtime in mind. As we collect more data and feedback, this is subject to change.

How do I join an Olympic game?
Visit the Olympics NPC at Spawn (next to the PVP Arena NPC) to view the Olympics schedule, opt-in to games, spectate on-going games, and view leaderboards.

How often do Olympic games happen?
There will be Olympic games running four times a day, every 6 hours. This is to account for as many time-zones as possible.

We may shift this to three times a day in the future, if four games creates too much overlap, especially with weekend ranked events.

How do I earn points, and how are they useful?
Within each Olympic game, there are individual sessions. Each session contains 10 players.

Points are earned depending on placements within individual events, with bonus points being added at the end of the Olympic event for the first place, second place, and third place winners of each Olympic session.

Additionally, bonus points will be awarded to the players that finish first, second, and third out of every single Olympic session.

Points can be used to obtain some new exclusive cosmetic items, as well as familiar rewards from other systems such as the Quest Shop.

How do inventories work for the Olympic games?
Inventories are completely desynced from the main Survival component of Craftadia. This means that when you participate in Olympic games, you will not lose your items.

Cosmetics and certain commands will also be disabled when participating in Olympic games.

The second update we're introducing today is the wheel.

In the Spawn Castle, there is now a concrete wheel embedded into the floor. The wheel system adds new nuances to both the Donation Train & Voting systems.

When a Donation Train or Voting Milestone is reached, the wheel will spin to determine a specific outcome. There are two separate sets of rewards; the Donation Train wheel, and the Voting Wheel.

The Donation Train wheel will spin with two outcomes in mind:

The Voting wheel will spin with three outcomes in mind:

We're extremely excited about both of these new systems, and hope to expand on them down the line.

Let us know what other mini-games you'd like to see! We've got more updates coming soon, including a Discord Bot update that will bring much needed moderation features and new notification settings for the Olympics & Wheel, and the aforementioned Craftadia Bank.