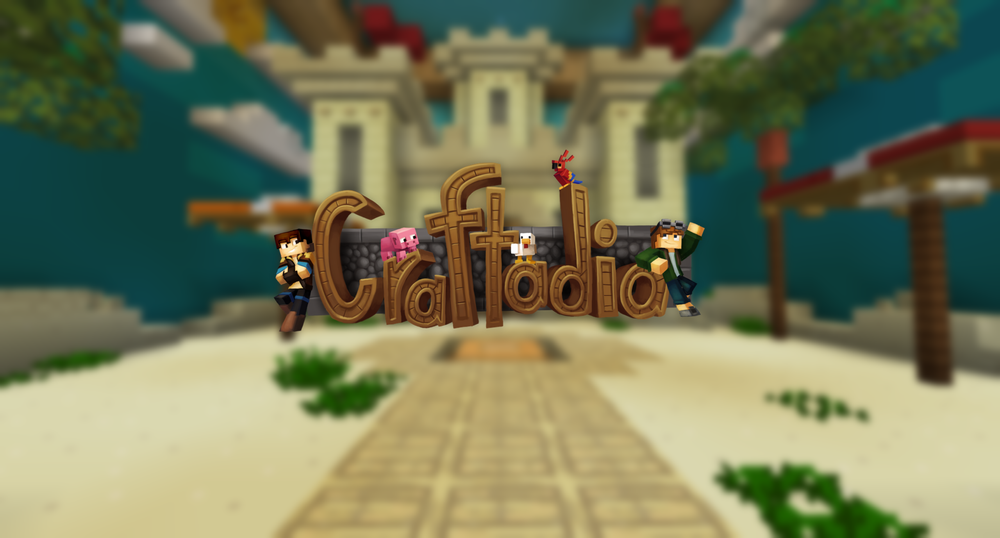 Craftadia Season Three is all about pushing our existing boundaries to all new limits. That extends to both free and premium content, meaning that we're making a conscious effort to make each and every seasonal event as exciting as possible.

Animated Pets are pets with an "Epic" rarity or above, which feature unique walk-animations as they follow you around.

Back Mounts are wearable cosmetics mounted on your back, using the same technology behind jetpacks.

Summer Sam has arrived at Spawn, with a ton of new offerings!

We've additionally activated a 15% Sale on every package on the Store in celebration of Season Three's first event!

Note: The Summer Armor features Fire Protection, but future Crates will not consistently feature Fire Protection on armor. We will be rotating enchantments on items regularly to keep things fresh, most notably with relation to Silk Touch, various armor protections, and enchantments that deal with how you interact with the environment (Frost Walker, Respiration, etc.). Additionally, the new item rarity system will be used to create some custom elements on certain items, similar to what set bonuses currently do.

We've been working incredibly hard on fixing bugs and optimizing the server in the time since Season Three has released. With that being said, we're also already working on new content that will be delivered through mid-season content updates.

Although we're still focussed on fixing bugs due to the recent nature of our launch, you can expect some more content being delivered over the next few weeks, including:

Since Season Three's launch, we've made extensive bug-fixes and changes based on reports from players and staff. Here's a non-exhaustive list of what we've done so far: