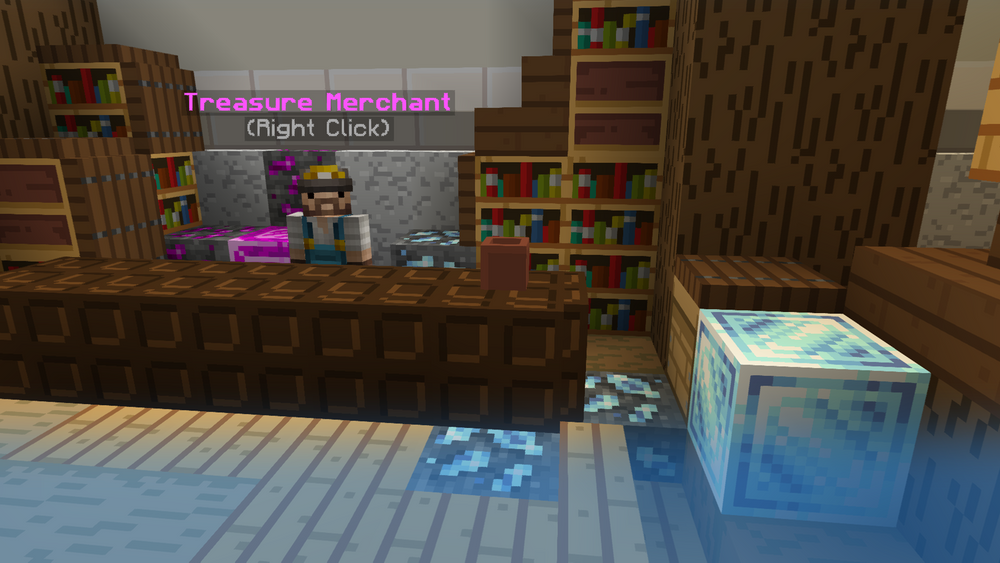 Sharpen your tools and ready your swords, because a brand new precious gem has arrived, alongside some fantastic new decoration updates!

Moonstones are found in the resource world deep underground and are also rewarded randomly when leveling up your skills just like Gemstones.

Moonstones can be sold at the Treasure Merchant at Spawn for a premium over Gemstones ($50 instead of $30), and can also be used to purchase decorative heads from our new Head Merchant (discussed later in this post).

Gemstones have additionally had their ore texture re-designed to better fit with the new Moonstone Ore.

A new merchant has arrived at the Craftadia Market!

The Head Merchant will sell decorative heads which require Moonstones as payment.

Similar to our other Merchants, you can buy 1x, 16x, and 32x quantities of a specific head at once.

There are six regular head slots, and one seasonal head slot. The heads will refresh every 24 hours, and the same heads cannot return within the same week.

Like most seasonal things, the seasonal heads will never be available for purchase after the event has ended.

There are over 12,000 different heads that can appear in the Head Merchant, and there exists multiple individual styles for the same type of head.

Note: Please give us feedback regarding the rarity of Moonstones as time goes on! We may adjust the skills drop chances specifically in the near future.

Spending $30.00+ in a single purchase will give you an item that you can right click to obtain the Manticore Pet in /pets.

A Message To Exploiters 🚨

With our recent downtime, we were made aware of certain players abusing specific and clearly unintentional bugs in order to gain an unfair advantage. As a reminder, we do punish players for taking advantage of specific exploits.

Several players are being monitored as we speak, and punishments will start to happen as our investigations complete. If you were complicit with the players in question, you may also be subject to punishment.

Anyone that comes to me directly regarding the exploitation of the aforementioned exploits will receive a lesser or non-existent punishment.

Reach me on Discord: Resilience#0813

Glitches & Exploits
During your time on Craftadia, we expect you to play fair, the way we intended the server to be enjoyed. If you are caught abusing Minecraft bugs, or exploits within our own plugins, you will be punished instantly. Examples of glitches and exploits are:
■    Vanilla exploits.
■    Clearly unintentional plugin bugs.