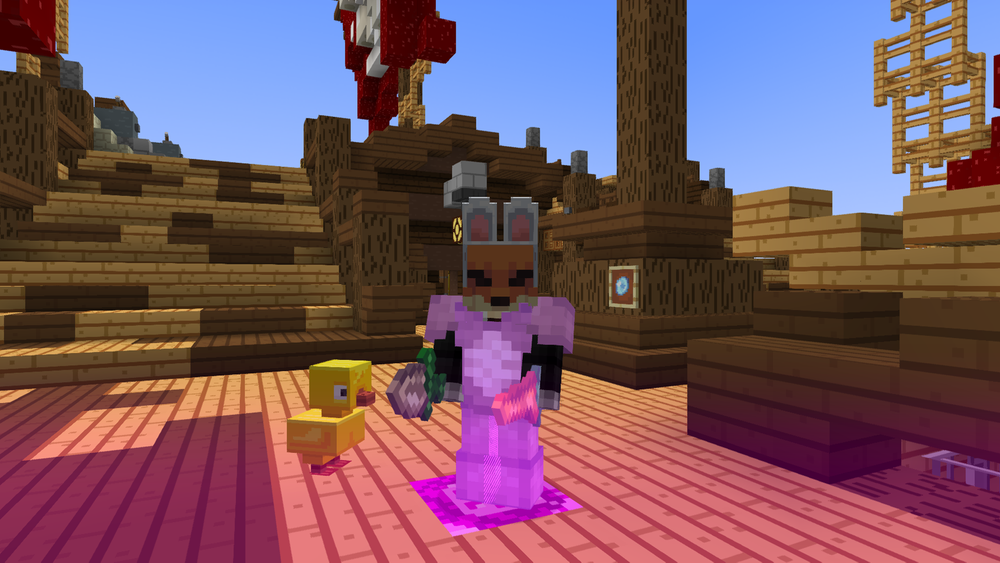 We're excited to announce that the Spring Build Competition has concluded, and the winners have been selected by the Staff Team! Thank you to everyone who participated in this competition, and a special congratulations to our three winners.

Thank you again for everyone who participated and be sure to congratulate the winners on their amazing builds!

Eggs will appear randomly all around Spawn for the next week. There are roughly 50 different locations they can appear at.

You'll get a message in chat when they Spawn, and they'll disappear shortly after. Your objective is to collect as many eggs as you can in order to earn some awesome rewards. You can check how many eggs you've collected by typing /event in-game.

We've added new tiers to this hunt, which will now offer more cash and custom blocks to those truly dedicated egg hunters!