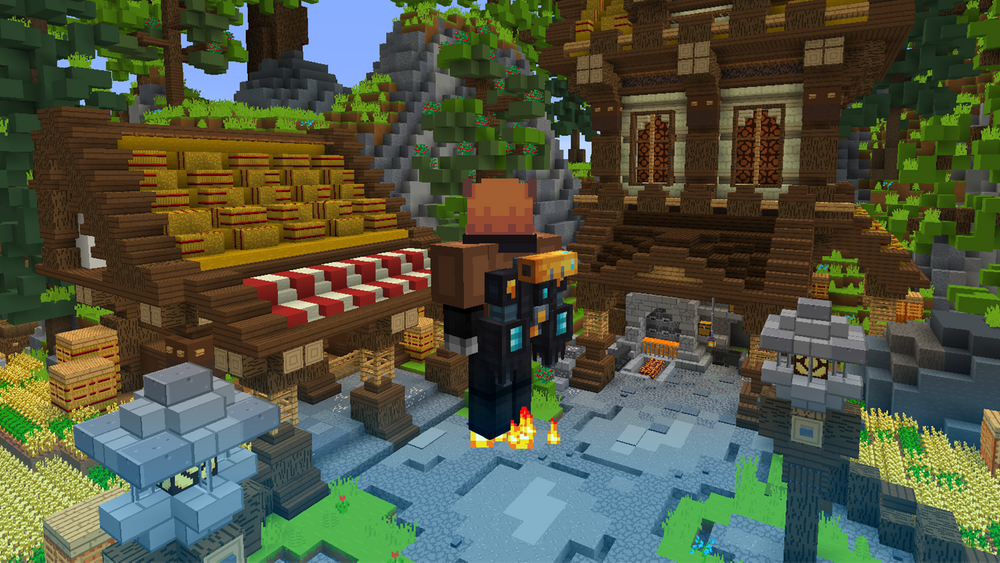 Greetings Craftadians! We're excited to announce some much anticipated improvements to our Back Mount and Dungeon systems, as well as some smaller updates.

We've made some drastic improvements to our back mount system to allow for smooth and controlled animations on everything attached to your back.

At this time, this change affects both Wings (Set Bonus from Valentine's 2020 Armor), and Jetpacks (Diamond Jetpacks, and New Years Jetpacks).

All types of jetpacks going forward will display a model on your back to better show-off your flying abilities!

We're excited to continue working on this system to support more types of Cosmetics in the future, starting with an exciting jetpack offering coming to our next Event Crate.

We've overhauled our dungeon reward scheme to better suit players that contribute more towards the killing of the dungeon boss.

The new reward system is designed in a way that as you do more damage to the boss, certain lower tiered rewards get eliminated from your potential loot pool.

For example, if the loot pool for a dungeon consisted of 1x Golden Apple, 1x Elytra, and 1x Shulker Box, after doing 30%+ damage to a boss, the Golden Apple would be eliminated from the loot pool. This would guarantee you either the Elytra or Shulker Box as a reward for completing the dungeon.

This system still needs to be fine tuned, so we look forward to hearing your feedback on how fair and accessible rewards are going forward, to better adjust this system to reward top contributors.

We've updated the /settings menu to contain a few more useful tweaks you can make to control your experience on Craftadia.

Through the week we are constantly making changes and adding new things. Here's a list of some of the smaller things that happened since our last post: