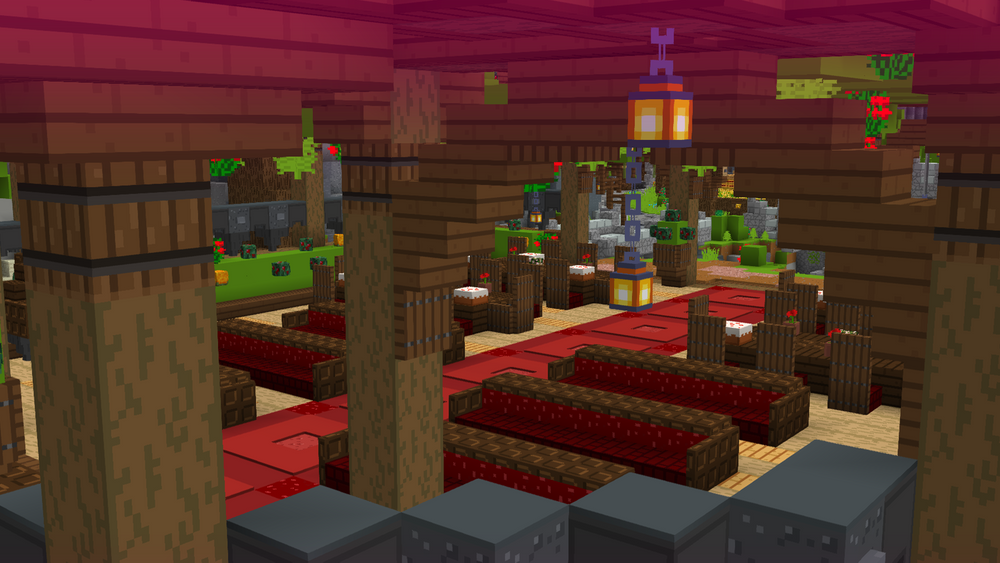 Almost exactly one year ago, we released the "Valentines Day Bonanza" update, which brought with it the Marriage Update & Valentines Crates. We're here today to give the Marriage system some awesome updates!

The Marriage Island has been completely re-designed to be larger and feature more decorations!

Check it out at Spawn whether you're already happily married, or have yet to find your special someone.

Every year that you're married, you'll be able to unlock a special reward commemorating your anniversary.

Typing /marry rewards will open a menu where you can see rewards that you'll be able to claim once you reach your anniversary date.

For the 1-Year Anniversary milestone, we've added a special ring that, when held, will emit a particle under your feet and display your marriage information in the lore.

Marriage partners will now receive messages in chat when their soulmate joins and leaves the server.

You're able to turn this off via /settings if you're trying to be sneaky.

Cupid has arrived at Spawn, with a ton of new offerings!

We've additionally activated a 25% Sale on every package on the Store in celebration of Valentines Day!

Dungeon Trophies have been fully implemented.

Dungeon Trophies have an awesome texture, pictured above, and can be placed down and interacted with like normal blocks.

Conquer dungeons and deal damage to the boss for a chance to win dungeon trophies from their loot pool.

Note: We're planning on making some changes to the rewards system for Dungeons shortly, which should help players that contribute more towards killing the Dungeon Boss earn better rewards.