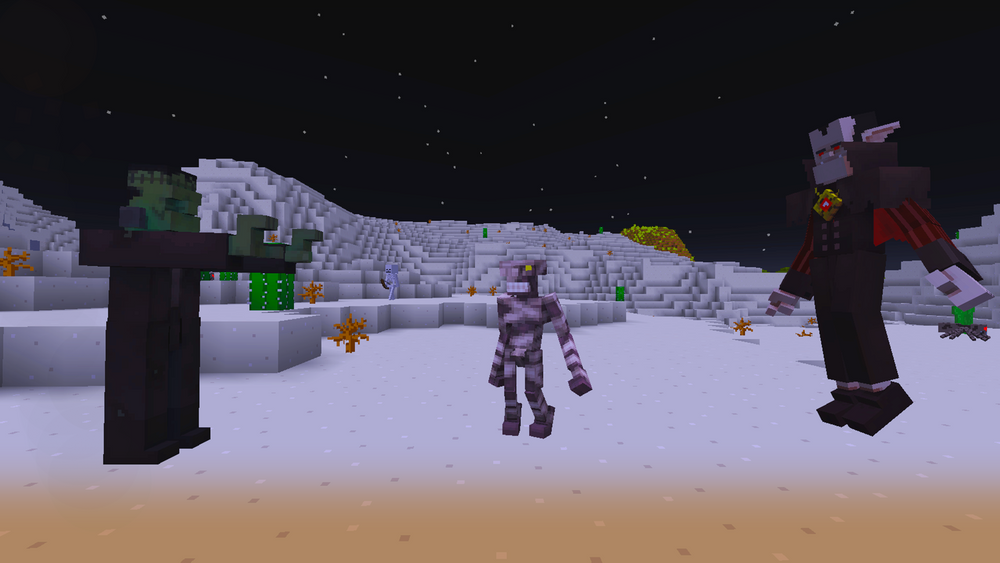 Greetings Craftadians! It's time for the second wave of our Halloween update, which includes some spooky new mobs, a build competition, and a new store promotion!

For the first time in Craftadia's history, we're adding new, limited time mobs into the game.

We're introducing the Vampire, Frankenstein, and Mummy mobs, which will all be naturally spawned at night around the three colored worlds. These mobs will drop various limited edition items, such as candy and masks.

They have some awesome animations and take a bit longer to kill than typical mobs like the Zombie. They'll do 2 hearts per hit (with no armor) and spawn less frequently, so be on the lookout at night!

From tonight's reboot until Saturday, October 31st at 5:00 PM EST, all users will be able to participate in this build competition, with the theme being Halloween!

The only requirement with this competition is that it must be Halloween themed.

Spending $30.00+ in a single purchase will give you an item that you can right click to obtain the Skeleton Wolf pet in /pets.

Now that the second and final Halloween update is out, we're going to be spending the rest of the month working on some exciting quality of life changes, similar to the last bullet listed above. Stay tuned!