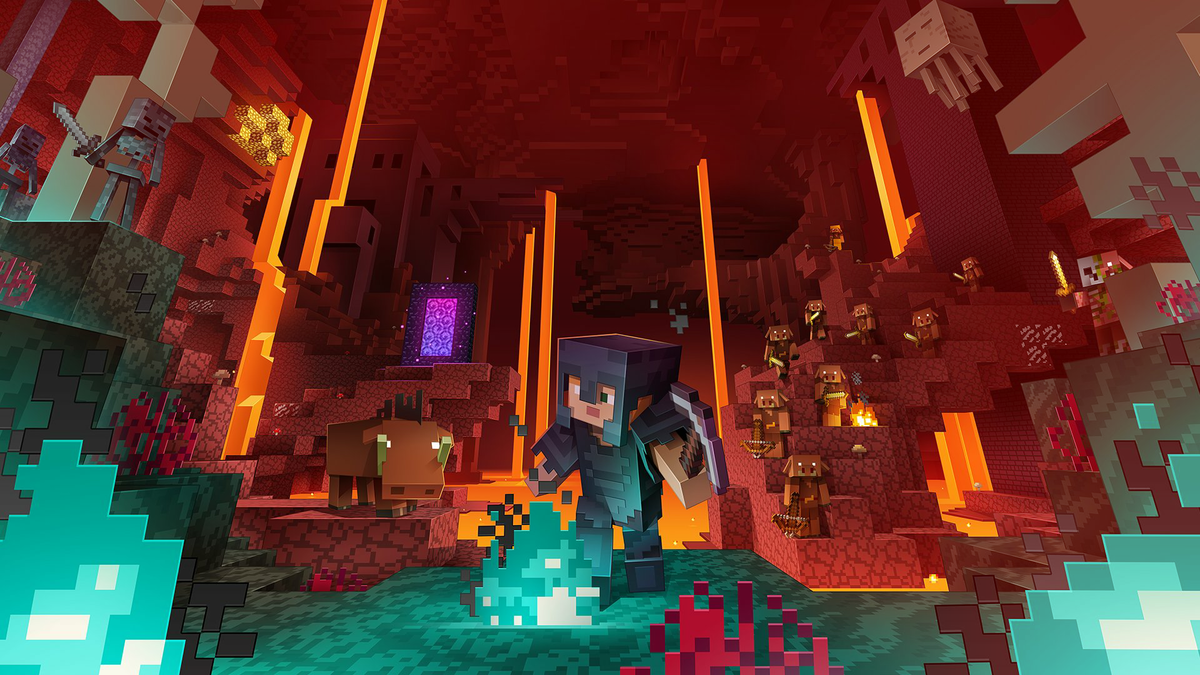 Greetings Craftadians! We're back with Blog #19, containing details on a ton of exciting updates coming to Craftadia over the next week.

We'll be taking the network down at the same time as our regularly scheduled daily reboot on the 7th for approximately one hour to upgrade our systems. This upgrade will bring with it all the new mobs, blocks, and content that comes with 1.16.

Going off of the community poll we took two months ago, the vote was 227:18 in favor of resetting the Nether for this update. This means that all claims, builds, chest contents, etc. will all be wiped IN THE NETHER ONLY when downtime starts.

You have eight days to get anything and everything you want to save out of the Nether before this happens.

To make it abundantly clear, only the Nether Dimension is resetting. Every other world will remain as is.

In addition to the new regular Nether Dimension, we will also be introducing a Nether Resource World. Just like the regular resource world, this will be a world used to gather materials with no claims and regular resets.

Lastly, we're also going to be taking this downtime to extend the borders of the Blue, Green, and Yellow worlds. The borders of all three worlds will be increasing from 7,500 x 7,500 to 10,000 x 10,000. The random teleport system will also reflect this change, by favoring the teleportation area to far away, unclaimed lands.

In May, we took our first steps towards re-enabling pets after several issues were discovered with them that ultimately resulted in their temporary removal. Pets from various crates were re-enabled as "stage one" of that process, but the pets directly available from the Store were left disabled.

This was because we wanted to spend the next couple months completely re-doing the way those pets looked, to fit them more in-line with our current take on game cosmetics.

I'm excited to share that today, the Penguin and Frog pets have been re-enabled. Over the next week, we're going to keep re-enabling pets until we get through all 11 of them. Stay tuned to #changelog on our Discord server to keep up-to-date on when your beloved pets can make their returns to your lovely homes.

For those that didn't even know we had pets that were separate from Crates, you can find a link to them here. We'll be updating the Store images with the revamped pets as we re-enable them!

Here's a quick look at some of the revamped pets being re-enabled this week:

Town Death Messages, a highly requested feature from our Feedback site, has been implemented. Once you reach Town Level 15, you will unlock the first of five bundles of death messages.

In total, across all 5 bundles of death messages, there are over 100 community-made death messages to unlock! When a member of your town dies and you have death messages turned on, a random message from your unlocked pool will be selected and broadcast to the entire town.

You can unlock all five bundles by reaching Town Levels 15, 35, 50, 75, and 100. We plan on adding more death messages once we add more town progression systems in future updates.

A safe way to trade money and items is finally making its way back onto the server after roughly one year!

To trade items, you must be within 10 blocks of the player you wish to trade with. Once you're there, you simply have to type /trade <username> to send a trade request.

The recipient of the trade request has 30 seconds to accept or decline the request. If accepted, both players can place items and cash into the trade menu before confirming their trade.

Once both parties have confirmed the trade, there will be a three second countdown, and then the items will be exchanged.