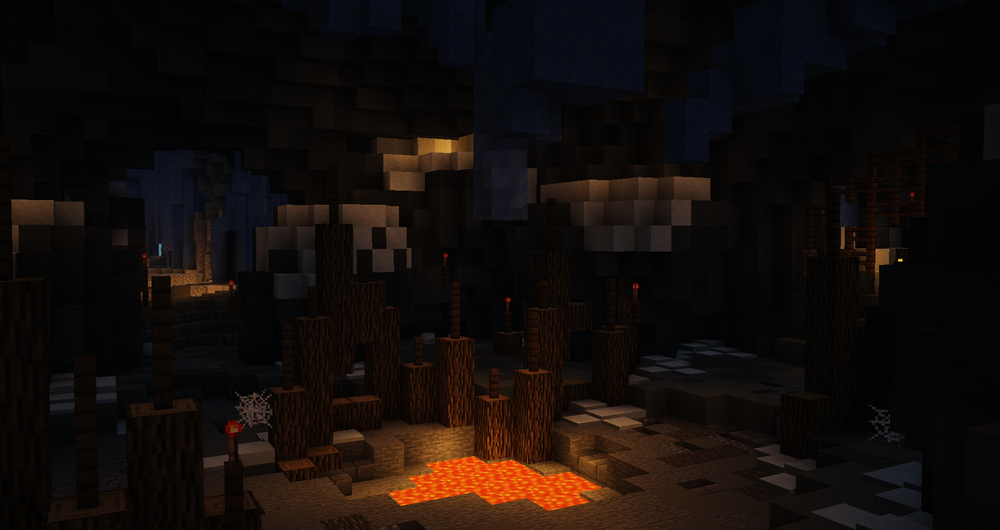 Another week already? Wow. In this weeks blog we'll be taking a look at some new additions to Craftadia as we come close to the end of our first month since launch, and what an amazing ride it has been already. Grab a golden apple and get comfy.

After lots of work, our new Dungeons system has been released. Each day every 4-6 hours, a dungeon will open up via the "Dungeon Master" at spawn for players to enter. Upon entering a dungeon, you will travel through waves of mobs and obstacles until you reach the final dungeon boss, and these bosses won't go easy on you! Players who deal 5% or more damage to the boss will be granted an awesome reward once the dungeon is finished, be careful though, you can die while inside. We will be continually adding new dungeons and bosses as the months go by, keeping things fresh and exciting!

Gather around fighters, it's your time to shine! At last the long awaited PVP arena has been constructed at spawn. Players now have an official place to fight it out and claim loot from their foes. Nobody is safe in this arena and if you die, your inventory will be free for the taking! In the coming weeks you will see more features come to this arena, including events and combat tag.

edsheersan says: The new arena gives me an awesome place to practice my PVP skills with existing and new friends. It's also a fun addition to survival along with the dungeons, you can practice your PVP skills in preparation for the boss fight!

Since launch, we have seen an increase in "community claims", or claims that are available for anyone to use, such as farms and events. Due to this, we now offer the ability to set a chunk as "public", meaning anyone inside the chunk can do everything apart from break and place blocks. This means that users can kill mobs, pick up items and even open chests. To set a chunk as public, simply stand in it and run /claim public.

Thank you again everyone for another wonderful week, see you in the next blog!